Some might consider Gary Johnson to be a living Reach for Resources history book. Gary began his association with us back in 1983, just a few years after our organization opened its doors. Since then, Gary has walked through many different doors to stay involved with Reach, going to bowling league, community outings, dances, board meetings, and more. He has seen our address change multiple times and remembers when we operated out of a private house in downtown Hopkins. He recalls small name changes, such as when one of our Adaptive Recreation programs transitioned from “New Beginnings” to “On the Town,” and big name changes, such as when we became Reach for Resources, Inc. in 2002. His perspective on this particular choice was our desire to reach out to a larger area, including the East Metro, rather than what was referenced by the original organization name, West Hennepin Community Services. 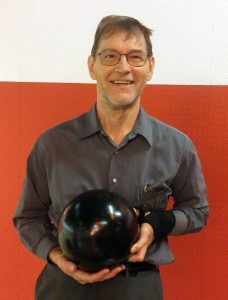 He will soon close one door for the last time when he steps off the board of directors, after serving a 23-year tenure. In that time, Gary’s passion for our mission has been consistent and obvious. “I tried my very best to advocate,” he asserts, stressing that he admires Reach for always staying “focused on clients instead of money.” His efforts to spread this philosophy have included meeting with congressional members and attending town halls, particularly when one local community considered cutting their support of adaptive recreation programming in 2005. Gary remembers a mayor, senator, and House representative responding to his plea, “We can’t pass this up.”

Around this same time, Reach nominated Gary for a Volunteer Service Award through his employer, Wells Fargo. Of 1,000 applicants, Gary was chosen for the honor—something he says is “something I’m most proud of.”

We’re grateful that Gary has entrusted his loyal friendship and support to us for so long. Even though the chapter in his board member history is closing, Gary plans to remain active in other ways. After all, he’s retired now and has extra time on his hands, so our league’s bowling alley door, for one, will continue to see Gary’s use.

Note: We’re still looking for someone to fill Gary’s seat on our board of directors, whether it would be for three or 22 years! If you or someone you know might be a good fit, please inquire with us.