Turning Over a New Page 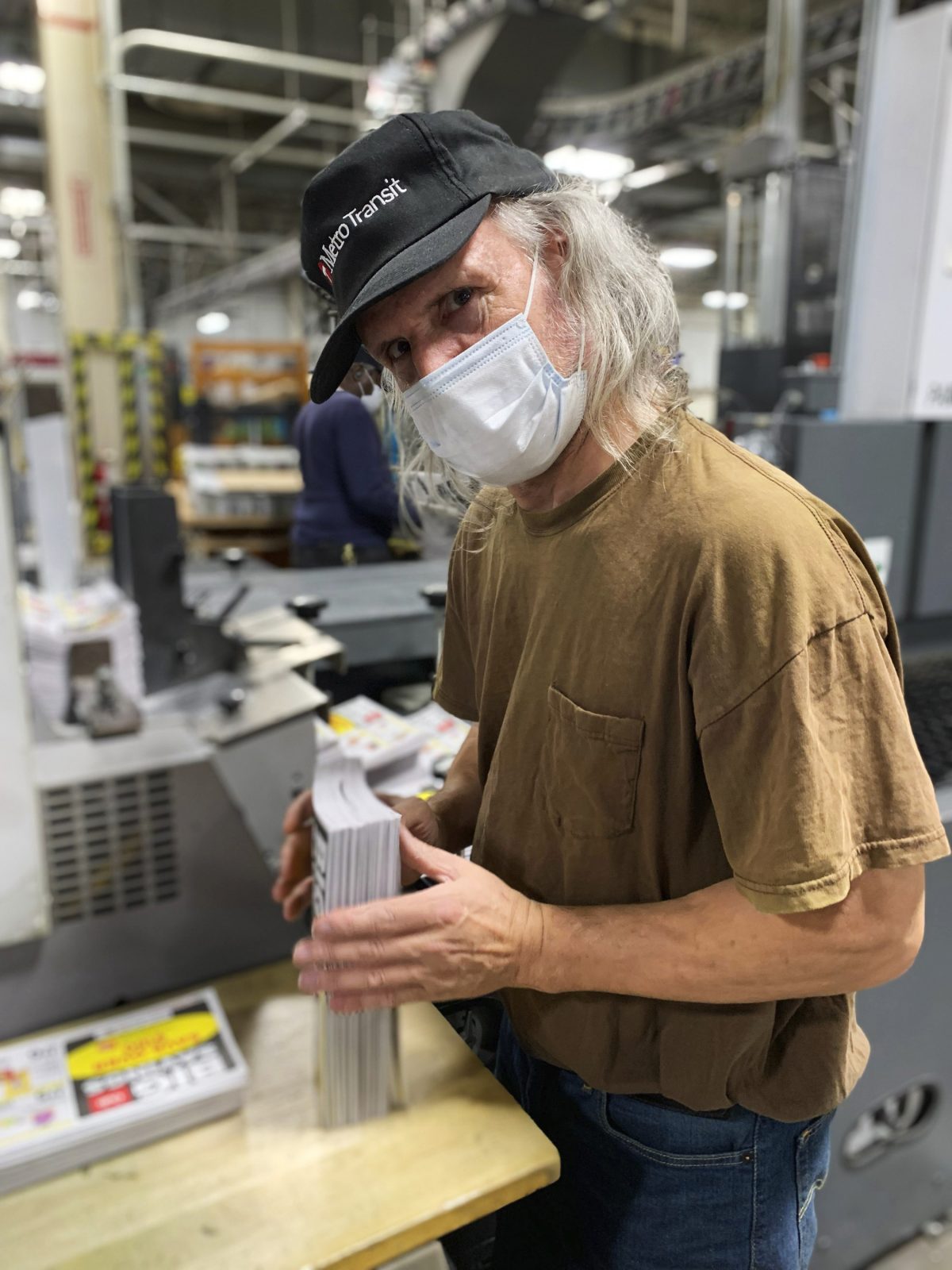 Bill began using Reach’s Employment Services in August 2021. With Bill’s previous job ending in May 2019, he had been unemployed for a little over two years. His previous work experience consisted of a variety of light industrial positions such as order picker, assembler, and fabricator. Bill expressed interest in building on his past work experience and obtaining employment in a similar industry. Teaming up with Marcus, one of Reach’s Employment Specialists, Bill began searching for those kinds of opportunities.

In September of 2021, Marcus stumbled upon an ad for a part-time mailer/newspaper assembler at the Star Tribune. Knowing Bill had previously worked as an order picker for Dakota News, it felt like this position could be a good fit. Since Bill’s primary means of transportation is Metro Transit, Marcus went on the Metro Transit website and calculated what Bill’s rides would look like using the “Trip Planner” tool. This tool indicated Bill wouldn’t need to make any transfers and the bus could get him to and from work in less than a half hour.

After confirming Bill was interested in the position, Marcus guided Bill in completing the application, along with following up with the hiring manager and securing an interview. To help ensure Bill’s interview went smoothly, Marcus was in attendance. During the interview, Marcus helped Bill advocate for a work schedule that was optimal for him. After the interview, the hiring manager took them on a tour of the facility and said he would be in touch about the position.

Later that day, Bill received a phone call with a job offer, which he accepted! Marcus assisted Bill with completing his online onboarding paperwork and attended his two week on-the-job training program. Since then, Marcus has provided on-site employment support for nearly all of Bill’s shifts. Like with any new job, Bill was nervous and unsure of himself, but the more he learned about the job, the more comfortable he has become in his new role. To help Bill in his new position, Marcus made a point of learning just about every aspect of Bill’s job so that he can assist him with staying on-task and working in an efficient manner. Bill has been employed for nearly four months and said that he enjoys his new job. Plus, Bill is currently earning the highest wage he has ever received!